ST. JOSEPH SEBASTIAN PELCZAR
(1842-1924)
Bishop of Przemysl
Founder of the Sister Servants of the
​Most Sacred Heart of Jesus​ 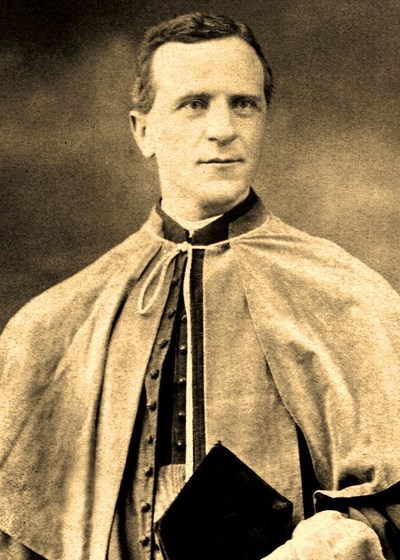 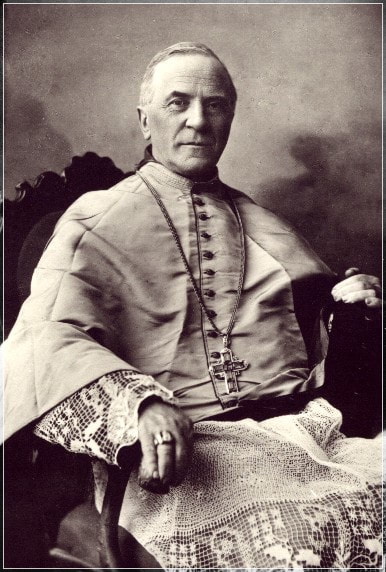 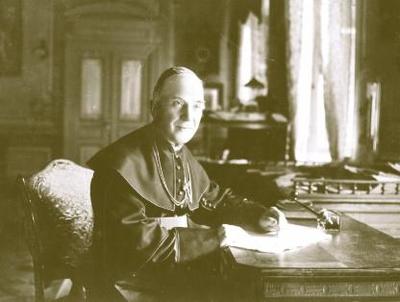 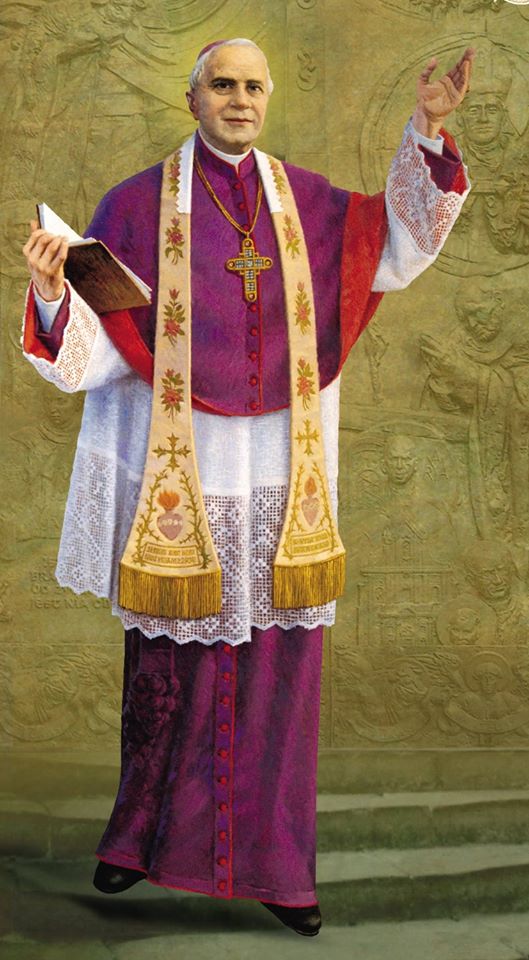 The motives of love of God
O what glory and what happiness, what fortune for us, that God allows us to love Him, admits us to an intimate friendship with Him – even calling us His friends. “You are my friends, if you do what I command you.” As if this was not enough, God desires our love as if He needs it for His own happiness, but it is we who need to love God for our own happiness. For that reason, He gave us a heart able to love; it is this heart He demands from us as the only pleasing sacrifice to Him. He also sent his Son to enkindle the fire of love on earth that it might burn on the altar of human hearts. Moreover, God asks for that heart: “My son, give me your heart,” and endeavors to capture this heart, revealing to him the infinite love of His Heart.
Therefore, wherever man turns, he sees the loving God; and the whole visible and invisible world cries out unceasingly in a mysterious voice:” Man, love your God.”
However, because man is too often inattentive to that voice, therefore God gave him a particular command: ”You shall love the Lord your God, with all your heart, with all your soul, and with all your mind.” And who could not love You, True Love?! We should love the Lord God, because He is most worthy of our love, as the Greatest Perfection, even if there would be no reward for those who love Him. God, says St. Thomas Aquinas, as the Highest truth, is the first object for our intellect to know; as the Greatest Good, the first object of love for our heart. So then, as every essential good deserves our love, how much more the Highest Good, who is the source of all good.
We should love the Lord God, because He is the loving Creator, the most gracious Lord, the most concerned Father; rightly then, that the creatures should love their Creator, servants their Lord, children their Father.
We should love the Lord God, because He gave us His only Son, Who took human nature, became our Brother, Master, Savior, King, Father, Friend and Spouse of our souls. He also, in union with the Father and the Holy Spirit, loved us first, and with an everlasting love, as He Himself said: “I have loved you with an everlasting love”, with a most tender love, a love before which all mothers’ love vanishes; with a most generous love, a self sacrificing love, with such a great love, a love such as God Himself – unending love.
If you want to know the greatness of this love, mediate on God’s great acts performed for men, namely the three eternal monuments of love: the manger, the cross and the altar. Stand especially beneath the cross, and look towards the love Crucified. Stand before the Most Blessed Sacrament and mediate on the immolation of the hidden God, the immense sacrifice of self, the entire giving to men with love without limits. Then penetrate into the Heart of Jesus and look at His love. Indeed, no one can understand what a great flame consumes that most moving Heart. When He would be advised to die for us not once, but a thousand times, or to suffer the same for one man what He suffer for all, His love would have accepted willingly for one as for all. If necessary, the Lord, instead of three hours, would have hung on the cross until the last Day of Judgment. His love is eternal and would have accomplished it. So Jesus loved us more than were His sufferings.
O love of my God, how you were incomparably greater than you manifested Yourself externally! These inexpressible sufferings and wounds are a proof of Your great love, but do not reveal its immense greatness, because it is rather hidden, instead of revealing itself externally. It was a flame of a great fire, a drop from a great ocean of love. This love came to a summit in the Most Holy Mystery of the Altar. Who could not love this God of love?

We have come to know and to believe
In the love God has for us.
- God is love, and he who abides in love,
Abides in God and God in him.

We for our part love,
Because God first loved us.
- God is love...

​Prayer
Almighty and everlasting God, from your inspiration Saint Joseph Sebastian, bishop,
by word, pen and example taught the ways of justice,
grant through his intercession
that we will continually grow in a knowledge and love of You.
Through our Lord Jesus Christ, Your Son, who lives and reigns with You and the Holy Spirit, One God, forever and ever.

V. Constantly assist us, St. Joseph Sebastian,
R. That without hindrance we may obtain the glory of heaven.

God, infinite love, you called Saint Joseph Sebastian to cooperate in the salvation of souls by word, pen and example, to lead the faithful to you through the most Sacred Heart, source of life and holiness.  By his example, grant that we may grow more fully in the knowledge of Christ your Son, and may follow him more faithfully in zealously spreading his Kingdom of your love.  Through Christ our Lord. Amen.